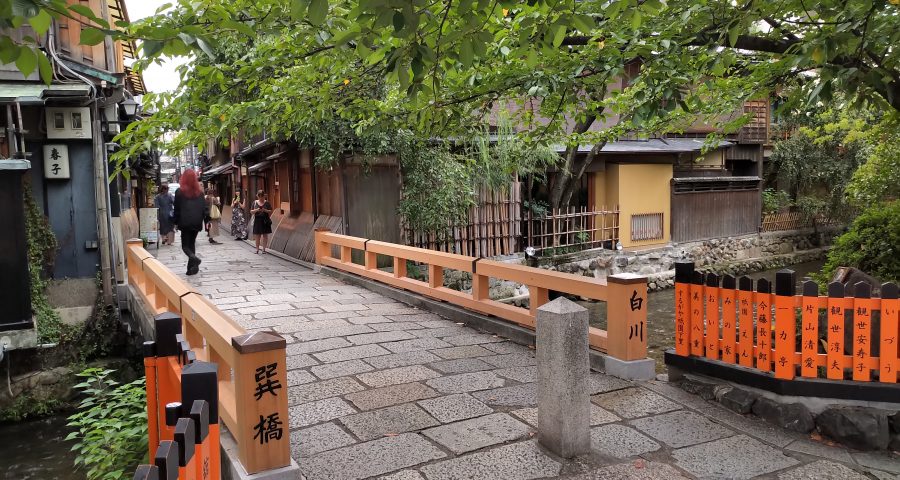 Studying (yes, it’s like studying in a university) in this art needs passion, determination and focus. You can solely run through the katas, come to train once or twice a week. It of course depends with what kind of intention you start to train Bujinkan Budo Taijutsu.

Don’t worry, this will not be a blog about with what kind of intention you ought to train. That is another blog one day and mostly: It is up to you. A good teacher can guide you, show you a way how to do it with what you want to achieve, the one going the path in the end has to be you.

No, this is sharing some thoughts. Not necessarily heavy thoughts, but some things which crossed my mind and waited to be written down. If you are solely interested in Bujinkan training thoughts, then this entry may not be for you.

I train in the Bujinkan for 17 years now. In this time span I had different ways to approach the art, different mindsets to go to training. In retrospect, I can admit that it was always an inner aspect and a bit how my then current shidoshi handled me, guided me. That is not necessarily a spiritual thing. Mostly it came from taijutsu training.

The great thing about our art is, that it has a strong focus on Japan. Of course there are other Japanese Budo available, which also offers connections to this beautiful country and culture. But some of the arts, are organized in local or national associations. Nothing badmouthing from me about that, that is the way it goes in those sports, that is how it developed… and it works, because they still successfully exist.

My point is: The goal for every Bujinkan student was and is to go to Japan and experience the art on site, there where the source is. The source is Soke Masaaki Hatsumi and his senior students. But let’s face it: Going to Japan is not cheap. The flight tickets, accommodation, food, drinks, transportation is not a piece of cake. For some this dream remains a dream. That is how life goes. Sometimes it is the problem of never having enough money, or one led a life leaving to have not much money left to save. Some are people who like to talk going there and never dare to do so for many different reasons, some have families and this factor has to be considered as well. What was it for me? All of the reasons stated before.

When I started in 2003 Japan was so abstract and far away. One still had misconceptions about the country and the culture, which came from stereotyping resulting from books, people who told you stories about Japan, parents who had their view of Japan. I knew it is a Japanese art, but I did not know jack about what that meant. Internet forums were quite new and like in social media, real good information had to be found. Other than that, you may have ended up in some „Ninja were ruthless killers with no honor and their arch-enemies were the bold and good hearted samurai.“-facts. The dojo where I started did not pay much attention to Japan, which was ok for me, because at the very beginning, I wanted to learn a martial art. I trained, because I signed up and I did not train with my heart.

From 2005 to 2008 I changed dojo met some cool people, while in the meantime I befriended someone in an internet forum, joined the legendary Kutaki-no-mura forum and went a bit deeper into Japan and the training. I still was cocky and dreamed of having a black belt soon and pretended to know things, which I had no idea of and told everyone that one day I would go to Japan.

2008 was more or less a breaking point: I changed the dojo again and the training was gruesome, hard, sweaty and somehow I liked it. I attended seminars, talked a lot with my then current teacher, who already went to Japan a few times. That was the moment, when training became a center point of my life and somehow the dream of going to Japan manifested even more. But, to the bone I did a lot for training, but never saved up to get my butt go there.

In 2017 I already ran my dojo under the guidance of my teacher for 8 years and in that year I passed the Sakki-test, which was until a few years before that only possible to take in Japan. In the meantime I was not only married, but also was a father. I really trained hard, determined. Training in the Bujinkan cost me some friendships, because I could not spend time with them and then you grow apart. Also my former employer wanted to me to work shifts, so that I could not give training anymore, resulting in looking for another job, which happened to become a great place to work in. When one door closes, another one opens…

2018 was the year, where my family and me went to Japan for the first time. My heart and head was full of joy, anticipation how it might be to train in the honbu under Hatsumi Sensei and his senior students like Noguchi, Ishizuka, Nagato. We stayed in Noda and spent quite some money to go to Tokyo, when we went for visiting spaces, we always wanted to see. It was an unforgettable experience, which developed a thirst for more.

For 2019 we decided to go again, but with the premise of family first. Instead of starting in Tokyo area, we went for Kyoto, instead of Noda we stayed in Asakusa and I had to take an hour ride to go to honbu dojo. I even took less classes. Of course – just like the year before – I did not brag, that I trained hard in Japan under Hatsumi Sensei and his senior students. Why? Well, to really train under one of the named gentlemen, I would have to live there, ask to become a student or come to Japan regulary and more often. I did not, I do not and I can not. Some call people like me budo tourists. This is ok and no insult, because it is the truth. But: Everytime I went for a class, I took it seriously and tried to recap what I learned, when I returned.

What did I learn over the years? Focus is important, in whatever you do you. Good things will come to those who wait. Sounds stupid, but patience (one of the things I definitely lack of) is so important. Forcing things to happen is not going to help.

Do I regret anything? Sure, I could have gone to Japan much earlier, if I had saved up earlier, if I forced to go. But, I am pretty sure I would have been there just for the sake of going there, not understanding things, which may have revealed to me in the two times I have been there. Did I learn any secrets? Nothing top secret: Simply keep training, have a sincere, passionate and merciful heart.

But what did I learn besides focussing? In order to earnestly learn something you need focus, but everything has to be balanced as well. You will lose and miss a lot of things if you solely prioritize one thing and let go of other important things in your life like friends, family, other hobbies. Whatever you win if you only set one goal, one focus you will lose more, if you don’t look to the left and to right and even sometimes back.

Happiness does not only come from gaining skills, being close to certain people, learning secrets other people do not have. That is why to have compassion, sincerity and a merciful heart is becoming more important to me. This should be the goal… at least for me. Who am I to tell anybody how to live?!

It somehow fits, that the approach of my last year’s trip with my family helped my mind and my heart a lot to grow. I looked to the left, to the right and back in time, savoring the beauty of Japan, the people and the culture even more… while I am completely aware of not even really having scratched the surface. That is ok, I am a tourist after all, right?

Looking back at the beginning of this entry, I must admit, that I was wrong. Somehow this entry has become centered on budo anyway, but I also feel, as everyone who reads this feels, that there is more to it.

Will I ever go back to Japan? Not in the forseeable future- unfortunately. Is it because of the current situation (COVID19)? No, with my family I want to see more than just one country… even if I just end up as a tourist. I want to look back at my life and say „I have seen so much, I got to know new things by myself and with my wife and kid.“

I learned how to balance my life, still ever trying to focus on one thing. This is what Hatsumi Sensei’s budo taught me somehow (or rathter what I have taken to heart/what I understood), if not directly by training or teachers, but by a mindset imprinted in me. In the end I want to achieve the most important thing I believe in: Happiness.